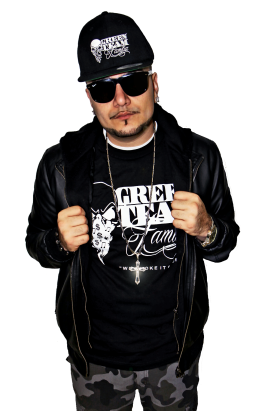 Best thing a teacher taught was to keep your eyes in your “Own Paper”. Billy Dha Kidd understands that and he illustrates it on his new Single “Doing Me”.

Only hours after 2017, and BDK is already dropping new music. On this new single, he makes it official he is focused and will stay in his own lane. He has a message to haters and non sayers. He’s response is Im just “Doing Me” this 2017. The Official Music Video to this song is set to be released January 15th.

Billy Dha Kidd officially has announced that his project “From Struggles to Success” that features a music video with Kevin Gates, one with Baby Bash, Chalie Boy, Glasses Malone, SPM & more has been pushed back but the great news is that he is now releasing a ‘SOLO’ project this 2017 with all new music titled “Trust Issues #SOLO” where solo stands for “Salute Only Loyal Ones”.

He claims that he has a lot of music coming and for now will push back #FSTS (From Struggles to Success) until further notice. Make sure you become a #GTF member with your email to receive 3 Free Songs & stay connected with BDK. Just go to http://www.BillyDhaKidd.com