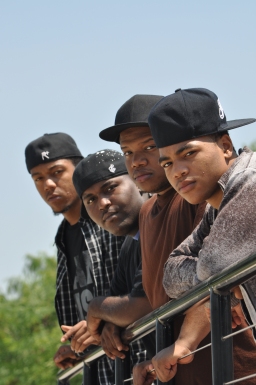 Recently we sat down for an interview with the indie coalition D.R.E.E.M Entertainment. D.R.E.E.M. Entertainment b.k.a. D.R.E.E.M. Ent or #DreemENTMusic for short is based out of Saginaw, Michigan. Currently its members consist of ME8ighty, King SwaVay, Shawn Calrissian, Ray P., Vic Smith, Bishop and Big L.O.E.

HCM: Tell us a little about yourself?

D.R.E.E.M. Ent is an independent label imprint and music publisher based in Saginaw, Michigan. Similar to that of a Young Money, Maybach Music Group, Top Dawg Ent, G.O.O.D. Music – just to name a few – D.R.E.E.M. Entertainment is a collective of individual talented music artists whom all on one accord often collaborates on each other’s material yet, still consider themselves solo artists as well. Saturated as ‘cheesy’ hip hop sound has become – the reinvigorating qualities of an artist remains near and dear @ #DreemEs. A sound that is deep, relevant, everlasting and entertaining in every way. Home to many styles in hip hop – the D.R.E.E.M.’s diverse ability to make ANYTHING sound good is top notch. Compelling tunes from lyrical, wordplay, conscious, soulful, story telling to hood mafioso, club banger, trap, R&B, bed talk for the ladies – hip hop heads and music junkies alike will find more than enough to sink their teeth in! Bar none our sound is cutting edge, unfiltered, unadulterated, and refreshing to say the least.

HCM: When did you start making music and taking it serious?

Everyone began making music individually in their own retrospective times before we came together, however, no one began taking it truly serious until in 2010 when we got our very first paid gig @ White’s Bar (in Saginaw, Michigan) as a collective. After that show it became clear that we could be the ones to truly ‘make it big’ and put our hometown on the map. The feeling you get when on that stage and the response you receive from the crowd is something that can’t be explained. It’s something different, but it is feels oh so good! A mix of people who we hardly even knew and sometimes complete strangers nodding their heads and dancing to OUR MUSIC? It was just an unreal feeling at that time.

HCM: Who influenced you to become an artist? And why?

Everyone has their own group of individual musicians that inspired them. Any musician that truly gave all of themselves and put their entire souls on wax. Any artist that stayed true to their origins and ALWAYS stayed in their element. That’s typically the basis of our musical influences. Mainstream hip hop (and music in general) had gotten so wack and corny that some of us solely sought out to make would be fitting to our ears alone. Make enough dope music to fill up any top 20!

HCM: Would you prefer to be independent or signed to a major? And why?

We enjoy our independence so quite naturally indie is the way to go. But any deal going forward – complete CREATIVE CONTROL would be a big deal in all of it. To work so hard and make so many good songs on our OWN merit only to sacrifice that for a major deal wouldn’t be us. Although, with major deals comes major press, publicity and world-wide notoriety – the money isn’t so major after all the recouping is done. Not to say that some kind of interaction with the majors would be out of the question. There’s a few deals that majors offer we would be interested in such as: the P&D (Press & Distribution) deal, the major distribution deal, joint venture deal (like the one Top Dawg Ent formed with Aftermath and Interscope in 2012), and the licensing to majors deal. 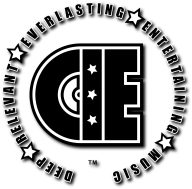 HCM: What are you currently working on and where can fans go to find your music?