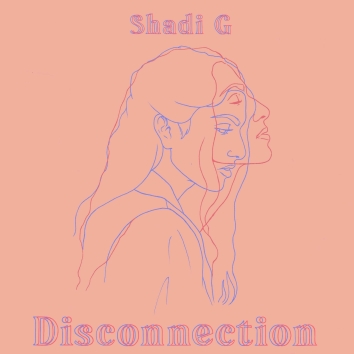 Based out of Gothenburg, Sweden, Shadi G is a multi-talented artist who takes on the role of singer, songwriter and producer. At an early age, Shadi began her studies of music in the classical realm, but was later exposed to more upbeat genres of music like Jazz, R&B, Soul, and Hip-Hop. Being that she has a Persian background, Shadi’s music is also influenced by a hint of Persian music.

With a passion for music, Shadi moved to London in 2016, to further her studies in musical education. Later that year, she began to record music, which led to the release of her debut single “Lost.” The single was released via the AudioRoom brand and went on to be featured on “New Music Friday Sweden” and also “Made in Sweden,” considerably Sweden’s biggest Spotify playlists. Future single releases from Shadi G continued to attract the attention of Sweden’s most-read music magazines.

Her latest single “Disconnection” was written, performed and produced by Shadi herself, and was released under her own label, Goldamin Records. The single is now available for download and streaming on all platforms to include Spotify, Amazon, Soundcloud, iTunes and more.