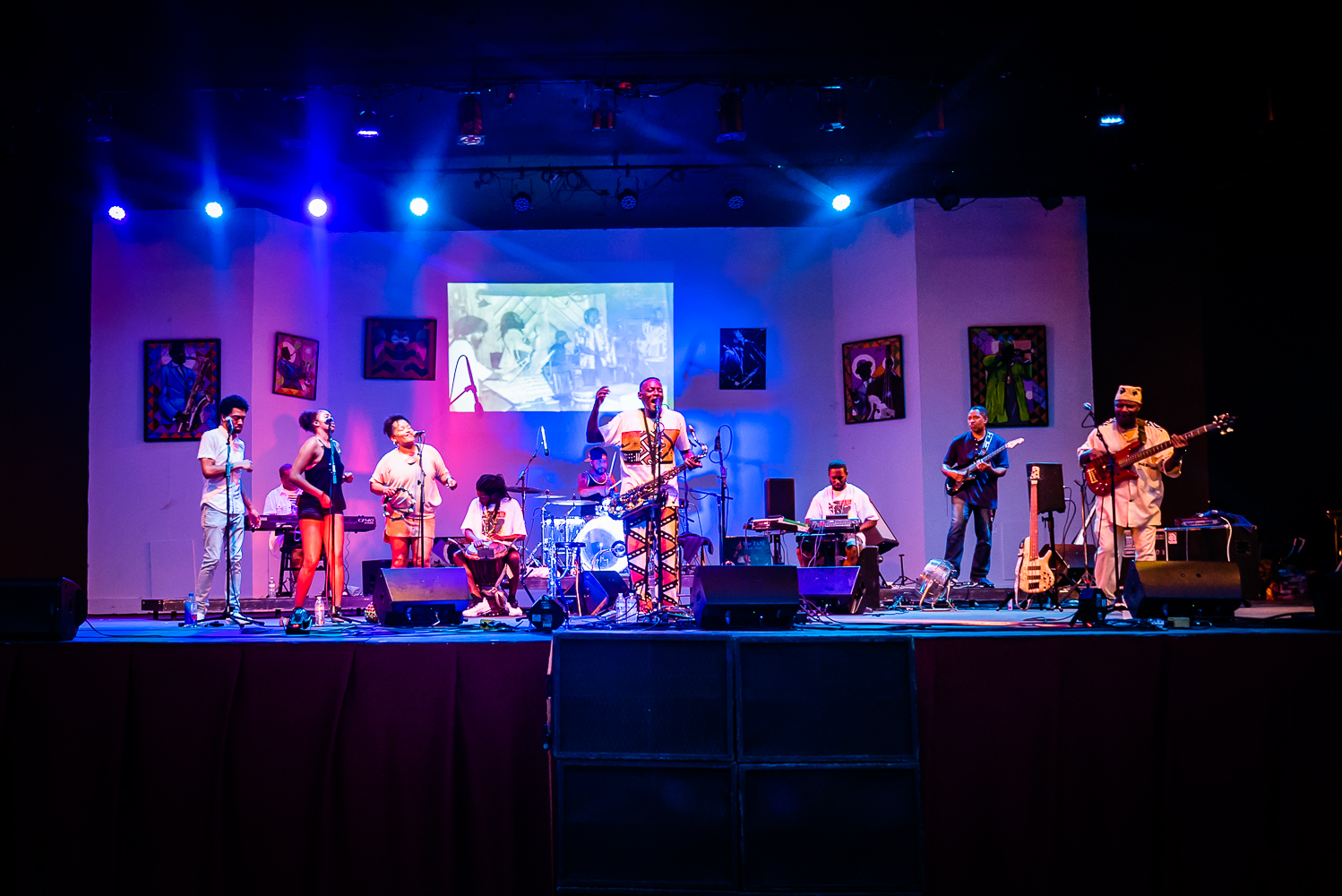 “Dance the Night Away,” the new song by Plunky & Oneness, is Afro-dance /soul-house music made to move you.  The song is featured on a new three-track EP, Dance/Crazy, which will be officially released on April 19, 2019.

Dance the Night Away video: https://youtu.be/CNCSxSm_utU

“Dance the Night Away,” is a song about the dance floor as a place to take a break from the rigors of working, grinding and resisting.  The track features saxophones, vocals and a virtual orchestra of masterful African drumming that propels its infectious groove.  The lyrics urge us to “come take a ride to paradise” and follow the song’s command “to dance the night away.”  The soul-house, Afro-dance beat is complex with deep layers of polyrhythms.  But the message is simple: at the club or house party or wherever you wanna get down, “this Afro-groove is made to move you and everyone else too.”

Saxophonist J. Plunky Branch started making Afro-jazz in San Francisco and in New York in the 1970s.  Since then he has released 25 albums, written 450 songs, toured in Europe, been to Africa six times, visited Cuba twice, played hundreds of gigs, made documentary films, written his autobiography, and received numerous prestigious awards.

Plunky’s journey brings him to this place and time with this new single that anticipates a new Plunky & Oneness album coming soon.  The music says yes, the future is now.

Plunky & Oneness is a band of musical nomads based in Virginia.  The group includes three Branches: Plunky (saxes, vocals), Muzi (bass, vocals) and Fire (percussion, tracks), Plunky, his brother and his son.  Featured vocalist, Charlayne “Chyp” Green, has been with the ensemble for almost 20 years, but she is both seasoned and fresh.  Keyboardist J. L Harris and guitarist Carl Lester El combine forces with master percussionists, Asante and Abdou Mohammed to create Afro-grooves to make you dance.

The “Dance the Night Away” video was directed by Patrick Mamou and features dancers Imani Bell and Kemel Patton. Video:  https://youtu.be/CNCSxSm_utU